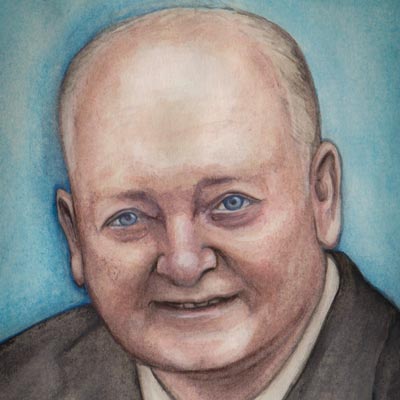 Dr. Maurice Nicoll’s work within the body of Fourth Way literature arguably represents the most complete, organized, and computational presentation available on the subject. His lucid formating of the whole network of linked ideas is totally faithful to the name given by Ouspensky to the encapsulated collection of teachings coming from Gurdjieff and the near East: the system. His teaching represents a true system, in which all concepts, including word, number, and symbol, are mutually interlinked and computationally compatible. The result is a mind-expanding apparatus of such mass and meaning that it can completely renew and rebirth one’s own perceptual intelligence.

Of all the most prolific Fourth Way writers including, Gurdjieff, Ouspensky, and Collin, Dr. Nicoll’s teaching stands out as unparalleled for its qualities of being incredibly well digested and broadly apprehendable synthesis of esoteric thought. Nicoll’s famous maxim that ‘man is his understanding’ radiates and expresses itself actively throughout the records of his mentation. Ouspensky tells us that understanding and even knowledge itself is a proper fitting of one particular idea within a holistic landscape of nested ideas, but Nicoll most accurately materializes this definition. His use of the technical language of the Fourth Way system is precise and consistent to the degree that he is able to import, smoothly and neatly, additional terms from the disciplines of science, religion, and philosophy to his lexicon in such a way that they are understood and interactive with ideas in all other corners of his thought. This both sheds new light and brings expanded meaning to all nodes within the network that is his benefactive legacy of an elaborate instrument for psychological optimization.

The central location of the need for meaning within the spectrum of man’s inner life was diagnosed accurately and acutely by Dr. Nicoll, who for years was known as London’s leading neurologist and one of Britain’s foremost psychologists. His salient recognition of the human desire for meaning as chief and utmost and his skillful definition of the disease that is meaninglessness, characterizes and runs like a thread through the tapestry of his archived cerebration. Nicoll writes that “if you dislike the word God, then say Meaning instead. The word God shuts some people’s minds. The word Meaning cannot. It opens the mind.”
Through his careful development and understanding, the preeminent significance of what the system refers to as the ‘food of impressions’ is elevated and made more readily translatable into lay terminology regarding quality and upliftment of life. Nicoll’s ideal of meaning also highlights and interfaces well with major societal memes such as the biblical distinction between the letter versus the spirit of the law, the fields of semantics and hermeneutics in philosophy, the denotation of the use of esoteric or inner knowledge, among countless other reciprocal dividends.

Maurice Nicoll was a rare man of great knowledge, educated in science at Cambridge and recipient of a medical degree from The Royal Hospital of St. Bartholomew, as well as great being; he was known by all whose lives were touched by his as a compassionate, considerate, and generous spirit. Indeed, he is relatively alone in his escape from subsequent criticism about the harsh methods reputedly belonging to teachers of the Gurdjieffian system of psychological transformation. It was plausibly no coincidence that he placed the complete elimination and extinguishment of all forms of violence, psychological and physical, as the supreme teleological direction and result of genuine esoteric work. He saw this as the essential conclusion proceeding from Ouspensky’s task of not expressing and transforming all negative emotions. In his diaries, it is made clear and convincing that he believed the reason for war, including the conflict with Hitler’s Germany that he lived through, was the lack of understanding inside and between people. He saw the Biblical imperative ‘thou shalt not kill’ to apply strictly and universally, not only externally, but also within the realm of the psyche, where he repeatedly emphasized mindfulness and compassion as a correction for how we habitually treat one another in our internal thoughts.

When asked for an additional definition of the Fourth Way teaching, Mr. Gurdjieff somewhat famously remarked that it could be reckoned as being esoteric Christianity. Nicoll obviously resonated with this interpretation of the work and if he was not personally given the task by Gurdjieff, he certainly dedicated himself to giving a fairly full explication and translation of Abrahamic religion in the light of the system. As Ouspensky skillfully diagnosed the Lord’s Prayer and gave it fuller meaning and understanding, Dr. Nicoll did so with the Ten Commandments, the Sermon on the Mount, Revelation, each parable Christ gave in the Gospels, as well as other stories from the Hebrew Bible such as that of Lot, Exodus, and Creation, in his books like The Mark and The New Man. For many, even those who were raised within Western religions, Nicoll’s teaching reveals or deepens the meaning of the traditions and parables they learned in early childhood.

In many of the Psychological Commentaries it is apparent that Dr. Nicoll is skillful in the art of dream analysis, a trade he presumably maintained from the time he spent with Dr. Jung, who remained a respected lifelong friend. The profound levels of meaning on topics such as violence, that Dr. Nicoll is able to extricate from the dreams of his students, as well as his own, is impressive to the extent that he seems unique and surprisingly unrecognized. Nicoll lucidly writes in his early work entitled Dream Psychology: “Just as the cartoon is a symbolic representation of circumstances affecting social or political life, which must be recognizable, if the symbolism is to be intelligible, so the dream gathers certain threads of interest into unexpected juxtaposition.” It appears that he was able to knowledgeably utilize the unconscious activity of the mind in sleep to the benefit of self-knowledge and the dispelling of illusions about oneself and one’s life.

Another of Maurice Nicoll’s trademark loves was Neoplatonism and he was able to successfully intersperse his psychological teachings with the advice given by Plato. Seemingly philosophical theories left by Plato such as that of knowledge, the soul, and the ideal are given concrete and practical understanding when held in the context of Fourth way notions such as levels of knowledge, the octave, and higher centers. He uses Plato’s famous Myth of the Cave as an illuminating analogy for the process of awakening and developing objective knowledge and consciousness by degrees that is the aim and hallmark of the Fourth Way.
Nicoll’s treatment of Platonic thought is characteristic of his ability and astuteness in assimilating and integrating the typically abstract language of everyday life into the meaningful and utilitarian vernacular of the work.

Maurice Nicoll: The Man of the Fourth Way

What was described by Gurdjieff and Ouspensky as the way of the ‘sly man’ would potentially be understood or formulated by Nicoll as the way of the integration of the life, a phrase he used as a subtitle for one of his books. He himself would embody this ideal, a man completely surrounded by and active within his world and its affairs, yet by virtue of his special knowledge and technique, utterly vertical and awakened to the higher dimensions of reality. Dr. Nicoll stood as living example of St. Paul’s injunction “be not conformed to this world: but be ye transformed by the renewing of your mind”. By his understanding of the word, the teaching of the Fourth Way, Nicoll was able to remain ‘living and active’ and to renew and rebirth himself in a continuous process of Metanoia, the evolution of consciousness that is stimulated through real psychological effort and understanding. Nicoll spoke of the biblical parable as “a transforming-machine between two levels of meaning”. His life itself was a testament to the power and efficacy of this device capable of bridging the gap between two otherwise disparate dimensions, which are in some places referred to the as the world and the Kingdom of Heaven.

Nicoll on The Present

Continuing the teaching of Ouspensky on time and perhaps foreseeing the powerful effect that many would decades later realize in the idea of the now, Nicoll devoted a large portion of his attention to the illusion of time and the eternity of the living present. Along with other diagrams and descriptions, he places time on a horizontal plane that is intersected vertically by the present, and additionally conceives of now as a sixth dimension, or third time dimension. He truthfully and poetically expresses “we must come to our senses to begin to feel now. We can only feel now by checking this time-man, who thinks of existence in his own way. Now enters us with a sense of something greater than passing-time. Now contains all time, all the life, and the aeon of the life. Now is the sense of higher space” and urges that “without this Moment, this now, all ‘men are asleep, even the Apostle, even the saint, even the lover.’” The command given by Christ to the leper, “rise, take up thy bed, and walk!” was interpreted by Maurice Nicoll in the spirit of an orthogonal emergence from the horizontal realm of sleep in time and an upward awakening into the life and action of a true vertical being in the dimension of now, as he himself was.

Maurice Nicoll on the Fourth Way

“It is called the Fourth Way… one of its general objects is to unite the Wisdom of the East with the Science of the West.”
“To work from one’s understanding is one of the great characteristics of the Fourth Way.”
“This is the way of the Sly Man, that is, intelligent Man – and it is incommensurably superior to breathing exercises, ritual, starvings, torturing of the body, following mechanical disciplines, and so on.”
“The Fourth Way starts from the level of Good Householder. That is, it starts from some degree of good – from some gold.”
“To develop will without developing understanding is not the aim of the Fourth Way.”

Join BePeriod for a Trial Period