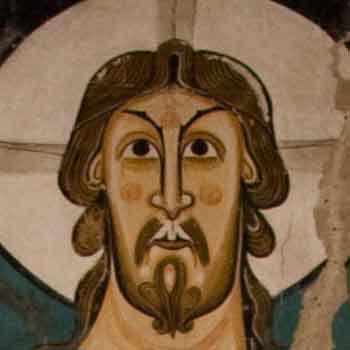 The Inner Meaning of the Gospels

The Inner Meaning of the Gospels

The precepts of Christianity are naturally associated with the sayings of Jesus. These sayings are scattered through the Gospels, either as isolated teachings, or as parts of longer sermons preached by Jesus to his followers. In most cases, Jesus speaks directly, addressing mainstream topics his audience would have been familiar with, but giving them a new light. For example, in the Sermon on the Mount, Jesus says, “You have heard that it was said to those of old, ‘You shall not murder; and whoever murders will be liable to judgment.’ But I say to you that everyone who is angry with his brother will be liable to judgment;” also: “You have heard that it was said, ‘You shall not commit adultery.’ But I say to you that everyone who looks at a woman with lustful intent has already committed adultery with her in his heart.” In these cases, Jesus addresses Jewish laws well-known to his audience, and revises the laws or raises their standard. By this token, Christianity is an invitation to all. Becoming a Christian is a matter of acknowledging these precepts and living by them.

Alongside this inclusive invitation, there runs a contradictory thread of exclusivity: an Esoteric Christianity. Much of Jesus’ teaching is given in the form of parables: the Parable of the Lamp, the Parable of the Speck and the Log, the Parable of the New Cloth on the Old Garment, and some fifty other allegories that convey both a direct and a more hidden meaning. In one episode of the Gospels, when Jesus attracts a particularly large gathering, with people all crowding around to listen to him, he steps onto a boat with his disciples and preaches the Parable of the Sower. This is a story of a farmer sowing seeds in his field. For various reasons, which Jesus describes, most of the seeds never take root and only a few end up bearing fruit. At the end of the sermon, the disciples question Jesus: “Why do you speak to the people in parables?” He replies: “Because the knowledge of the secrets of the kingdom of heaven has been given to you, but not to them.” Jesus then decodes the Parable of the Sower for his most intimate circle of followers. The seeds are his message. The various reasons they fail to take root represent the various ways his message is wrongly received by most of the people who come to listen to him. The few seeds that do bear fruit represent those few souls who hear Jesus’ message and understand it. 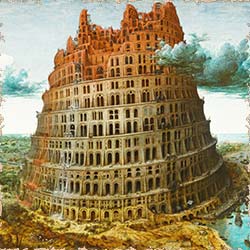 The Tower of Babel | Circle of the Confusion of Tongues

Esotericism is defined as:

The idea of esotericism long predates the New Testament. In the Old Testament, in the Book of Genesis, we are told of a united human race, speaking a single language, that decides to build a tower with its top reaching into the sky. God, observing the hubris behind this endeavor, confounds their speech so that they can no longer understand each other, and scatters them around the world. George Gurdjieff references this Old Testament story in speaking of an outer and inner circle of humanity: “[The outer] circle is sometimes called the circle of the ‘confusion of tongues’, the circle in which each one speaks in his own particular language, where no one understands another and takes no trouble to be understood.” i

It is the inability or ability to understand that distinguishes the different circles of humanity. Just as in the Parable of the Sower, it is the ability of Jesus’ close disciples to understand his message, which then takes root in their hearts. Understanding is what distinguishes between Exoteric and Esoteric Christianity.

The Tower of Babel | Circle of the Confusion of Tongues 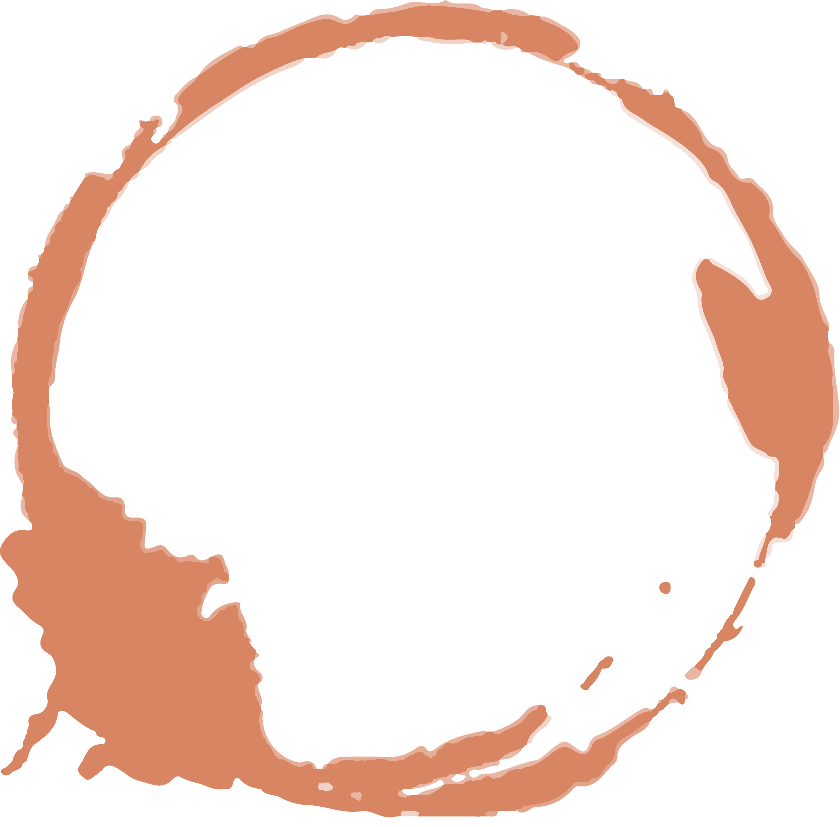 Esoteric Christianity and the Story of the Life of Jesus

While more than fifty of Jesus’s parables appear in the Gospels, might the story of the Gospel itself be a parable writ large? If we approach its miracles as historic truths, then we are left to either doubt or believe in them. But if we view Mary’s conception by God, the Adoration of the Magi, the Massacre of the Innocents, and many more such episodes, as allegorical, then we access a deeper level of interpretation; an Esoteric Christianity hidden behind the exoteric meaning.

In retelling the story of the life of its founder allegorically, Esoteric Christianity falls in line with other religions. The life of Moses, who freed the Israelites from slavery and led them to a Promised Land, also lends itself to symbolic interpretation. The life of Muhammad, who united the warring tribes of Mecca and established Islam, was retold in remarkable detail by later Islamic authors, its many nuances laden with symbolism. And the life of Prince Siddhartha, who grew to see through the allure of worldly riches and attained enlightenment, laid the foundation for a structured teaching of Esoteric Buddhism. Exoterically, the biographical stories acquaint followers with the lives of their founders. Esoterically, an archetypal path is laid out that maps the steps from inner slavery to conscious freedom. 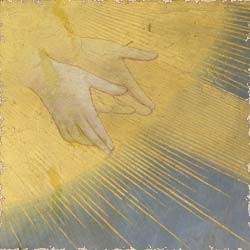 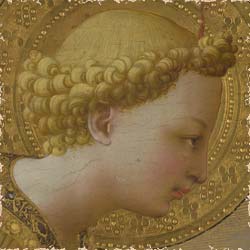 The Esoteric Meaning of the Divine Conception

If, indeed, the life of Jesus is such a map, then the first step should be his conception. The angel Gabriel appears to the Virgin Mary to announce that God has chosen her to bear his son. This is a miraculous conception in which the progenitor is divine, so that Mary’s virginity is maintained. The Annunciation is a common theme in Christian art, and while the representations vary, the central figures remain the same: God, sometimes visible, sometimes implied; Gabriel, appearing as if having swiftly descended from heaven with a message; Mary, usually portrayed in prayer. And the Holy Ghost, often symbolized by a white dove fluttering towards the virgin. 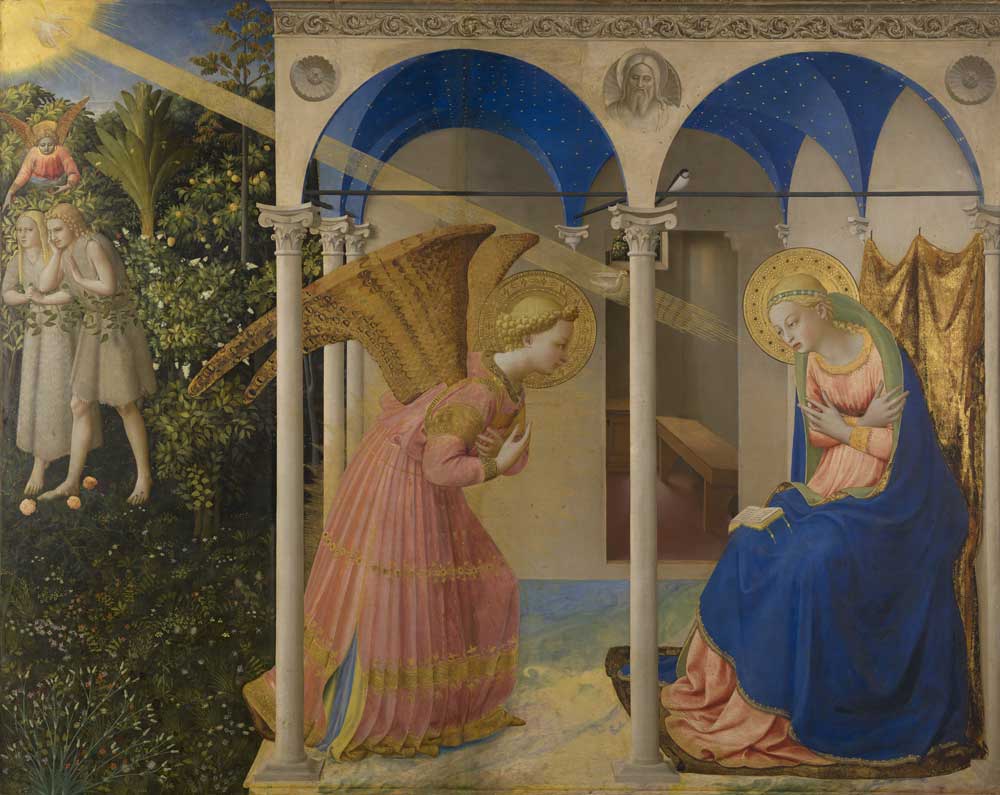 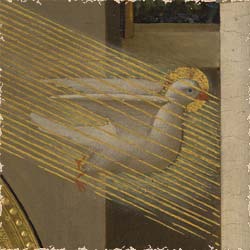 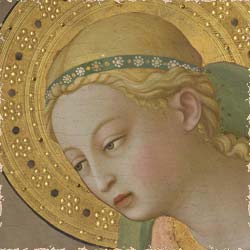 Esoteric Christianity portrays this step as very fragile: “The true life of grace in man is, in its beginning, only a seed, a spark. It is still only a feeble candle glimmering in the densest fog,” says Theophan the Recluse ii. The Holy Ghost embodies a spark. Like a flash of inspiration, it descends on Mary from a higher world, full of potential. But a spark is short lived. If Mary hesitates, it will disappear. Can she provide the fuel necessary for its combustion? 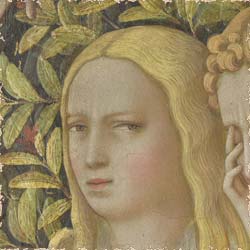 In one representation of this scene, Fra Angelico contrasts the Annunciation with the Expulsion from Eden. The pairing is self-explanatory: Adam and Eve sever a connection with God; the Virgin Mary re-establishes it. The same female model is used to represent both Eve and Mary. Esoterically speaking, these are not two different women, separated by 4000 years of history; they are two contrasting states of emotional receptivity. In one, we are governed by our own willfulness and disregard the spark of a higher impulse. In the other, we are receptive to the spark, and can nourish and augment it.

Contrary to the heavy consequences Exoteric Christianity typically associated with the ‘Original Sin,’ Esoteric Christianity presents the loss of Eden as easily recoverable. Eve must only turn and backtrack a few yards of grass towards the chapel, to become the receptive Mary. Our connection with the higher can be lost and regained in an instant. Or in the words of Theophan the Recluse, “When inner peace is lost, such a state is not permanent. If the sufferer remembers himself, he returns to himself and repents and re-establishes his habitual inner order.” ii 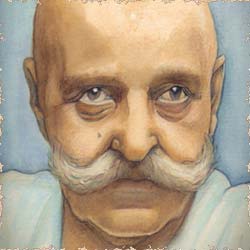 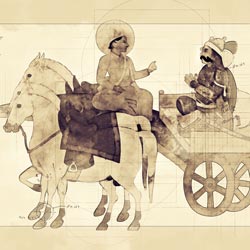 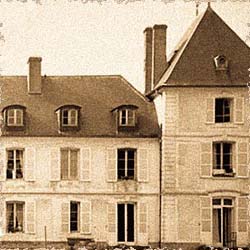 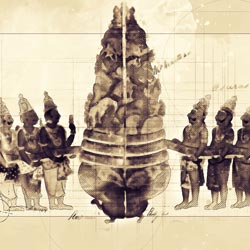 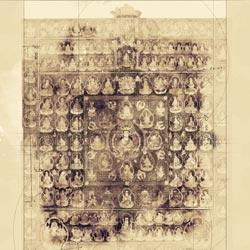