The Achilles Heel of Human Psychology

The Achilles Heel of Human Psychology

Part IV of Seeker of Truth recounts a moment of impasse in Gurdjieff’s development. After a decade of searching for truth, he has come to realize the value of self-remembering—of retaining a sense of “I am here” always and everywhere—but he cannot do it. He realizes that unless he finds something to constantly remind him, the flow of mental associations will always cause him to forget. He realizes that such an alarm clock can only come from inside, through sacrificing a chief feature of his psychology. “The question arises,” he concludes, “What is there contained in my general presence which, if I should remove it from myself, would always be reminding me of itself?” i

Our psychology lends itself to such a sacrifice. While we are a multiplicity of brains with a multiplicity of impulses, all converge at a single point. “Our habitual emotions, the way we think, what we invent,” explained Peter Ouspensky “all turn around one axle and that axle is chief feature.” ii Assign an alarm to this axle, and you wind a clock that reliably reminds you at every turn.

Gurdjieff’s realization of the need for a permanent reminding factor happens during his two-year sojourn in Tibet, in 1902-1904. Here, in a clash between two tribes, he is injured by a stray bullet and spends a few months convalescing. Under severe pain, he examines his efforts at applying what he had learned from his search for truth so far, and is deeply disappointed.

Here in Tibet, Gurdjieff would likely have become familiar with a teaching that portrays human psychology as a wheel with a chief feature at its axle: the Tibetan Wheel of Life. This presentation came from the founder of Buddhism himself, Gautama Buddha. When he gave his first sermon in Varanasi in Northern India, he reputedly drew a wheel on the sand that illustrated the root of human ignorance and suffering: the cycle of samsara. This lesson came to be known as the Turning of the Wheel of the Law, and the wheel became the symbol of Buddha’s teaching.

The Wheel of Life

A nineteenth-century Tibetan tankha portrays the Wheel of Dharma two and a half millennia after Buddha drew it on sand. Like a snowball, the wheel has accumulated layer upon layer of elaboration. The most striking impression of this composition is Yama, the fiery-red lord of death who hugs the wheel with his legs, arms and teeth. Whatever human life is, it is framed and dwarfed by death.

Buddha’s psychological wheel is comprised of four concentric circles. The first is a hub that bears three animals on a red background. The second shows eight monks ascending and descending. The third is divided into six densely populated worlds. And the fourth creates the rim with twelve oval-like scenes. In examining chief feature, our primary concern in this wheel is its hub.

“People beset by craving circle round and round, like a hare ensnared in a net, therefore, let the monk who desires freedom from passion abandon craving,” says the Dhammapada. And indeed, we find craving at the center of the Tibetan Wheel of Life. At its hub are featured a rooster, a pig, and a snake signifying desire, ignorance, and hate respectively—forever chasing each other. These are the three traits that drive the wheel of unconscious life. He who wishes to stop ‘circling round and round’ must challenge them. This viscous cycle directly reflects its equivalent in human psychology. One’s chief feature is such that it can never be appeased. It cycles round and round endlessly, powering one’s entire psychology.

Human psychology is layered—just like the Tibetan Wheel. We must first peel the outer layers before we can reach the axle. It takes extensive observation of oneself and others to understand the principle of chief feature. Ultimately, it is considered a weakness, not because it is necessarily in itself a bad trait. Indeed, chief feature can often be seemingly noble: a rigorous self-discipline, a deep desire for moral justice, or an inclination to consider the needs of others. What makes it our chief weakness is our relation to it. It is the last attribute of our illusory identity we will be willing to give up. We pride ourselves in it, fight to keep it alive, and take every opportunity to manifest it.

“Thinking and thinking,” continued Gurdjieff while examining his inner work, “I came to the conclusion that if I should intentionally stop utilizing the exceptional power in my possession… of telepathy and hypnotism… then undoubtedly always and in everything its absence would be felt.”i

[GURDJIEFF] “A man cannot find his own chief feature, his chief fault, by himself. This is practically a law. The teacher has to point out this feature to him and show him how to fight against it. No one else but the teacher can do this.” iii

Some teachings, like the Tibetan Wheel of Life, convey the general mechanicality of human psychology. Others aim to clarify specific aspects of this mechanicality. One such teaching from the Middle Ages focuses on the hub of the wheel by categorizing the chief features that power it. This teaching drew inspiration from older schools of philosophy that correlated human behavior with planetary influences, or in other words, that mapped human psychology astrologically.

The most dominant planetary influences on the human psyche were taken to be the seven heavenly luminaries most visible to the naked eye: Moon, Mercury, Venus, Sun, Mars, Jupiter, and Saturn. Each was associated with a specific psychological character or type, and each type with a corresponding chief feature. Although no longer popular, this teaching was influential during its time and brought into literary circulation terms such as ‘lunatic,’ ‘mercurial,’ ‘venereal,’ ‘martial,’ ‘jovial,’ and ‘saturnine’—terms found in mainstream works such as Cervantes’ writings and Shakespeare’s plays.

[GURDJIEFF] The study of the chief fault and the struggle against it constitute, as it were, each man’s individual path, but the aim must be the same for all. This aim is the realization of one’s nothingness. Only when a man has truly and sincerely arrived at the conviction of his own helplessness and nothingness and only when he feels it constantly, will he be ready for the next and much more difficult stages of the work.” iii 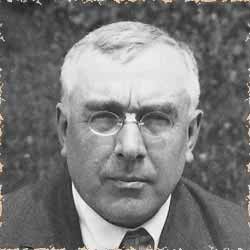 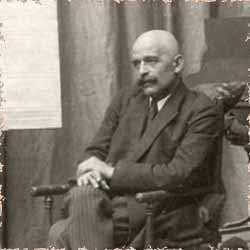 [PETER OUSPENSKY] “Whenever anyone disagreed with the definition of his chief feature given by Gurdjieff, he always said that the fact that the person disagreed with him showed that he was right.” iii

The first layer of resistance is our reluctance to be categorized. We each feel special in our own way, and the prospect that our deepest traits stem from a finite number of features negates this illusion. If our characters differ only in the blend of features that power them, and in the somewhat accidental life experiences that etch themselves onto our memory, then nothing about us is unique. Our ability to see chief feature as the hub of our psychology will depend on our ability to acknowledge that we have no individuality, that we are borrowed beings, created seemingly different by force of circumstances.

[THOMAS DE HARTMANN] “From the first days Mr Gurdjieff had spoken with us about this chief weakness. To see it and to realize it is very painful, sometimes unbearable… A man must find in himself the strength not to run away from this pain, but boldly to turn the other cheek—that is, to listen and accept further truth about himself.” iv

Coming to terms with our lack of individuality, we overcome the first obstacle and bump into a second one: our inability to observe ourselves. Chief feature is stimulated in the moment and triggers attitudes that manifest in the moment. We can see it best when it is most active, but when it is most active we are most blindly asleep. A casual comment from a bystander; the realization that we will be late for an important meeting; the frustration of seeing our plans crumble—these all trigger reactions within us directly related to our chief features. To observe them, we must develop an observer separate from them. We must learn to see in real time.

Our growing ability to observe ourselves thrusts us before a third obstacle: underestimating the depth of chief feature. Disliking what we see, we are tempted to remove what we see. We hurry to clear the weeds without regard to their root. But since chief feature cannot be removed without damaging our psychology—as the hub of a wheel cannot be removed without damaging the wheel—so inevitably chief feature undertakes work on chief feature. A person with vanity feature interprets this diagnosis to mean they must eliminate vanity and become perfect; one with dominance plans how to dominate his feature; one with power how to overpower it. Thus, the serpent consumes its own tail and we continue revolving mechanically around the same psychological hub.

This hopeless revolution, by which we consistently end up at the same starting point, eventually reveals to us our chief feature, as well as the humility necessary for working with it consciously.

[BENNETT] “At last, I began to understand something. Gurdjieff was making greater and greater demands upon me. Some were absurd and even impossible. It dawned upon me finally that I could and must learn to say “No.” It was like a blinding light. The inability to say “No” was my greatest weakness. He had stretched this weakness to breaking point, without explaining why, or what he was doing. Of course he could not explain, or the task itself would have vanished.” v 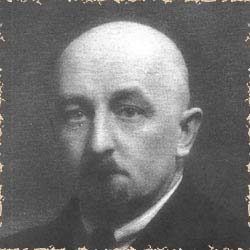 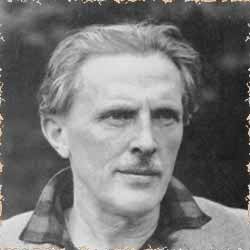